Perhaps you feel like the life has gone out of your church and you’re not sure if it can ever return to what it once was, albeit to grow. You may have resigned yourself to not retaining everyone you had so the idea of growing isn’t on your radar. Things have gone too long. Any spiritual momentum you had certainly will take even longer to regain, you might think. 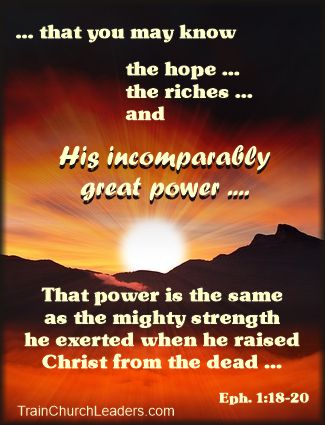 Now is the time to think about church growth! God specializes in the seemingly impossible, in bringing to life that which was dead.

Out of the darkness, from the grave, Christ arose! Three days of despair and hopelessness ended with His triumphal resurrection over sin and death.

There is hope, no matter how things might look or feel. God can bring life back into our churches that’s even better than before. That same power that raised Jesus from the dead is available to us today. But, we need to accept these realities:

1) Resurrection power changes us and we become better.

Though it was the same Jesus, the resurrected Jesus wasn’t the same. He now possessed His imperishable body. He would be ascending to the Father. And, life would be better. If this hadn’t happened, we would still be lost in our sin. The Holy Spirit wouldn’t have come. The Church wouldn’t have been established. And, we would not have the hope of one day being raised to be with Him.

If we yield to His resurrection power, even now, we will arise as something better — a healthier, more vibrant and growing Church. We will continue to have the same purpose, design, and mission, but we will be changed. Why would we want to stay the same when we can be raised to something better?

I want to know Christ – yes, to know the power of his resurrection and participation in his sufferings, becoming like him in his death, and so, somehow, attaining to the resurrection from the dead. (Phil. 3:10-11)

I pray also that the eyes of your heart may be enlightened in order that you may know the hope to which he has called you, the riches of his glorious inheritance in the saints, and his incomparably great power for us who believe. That power is like the working of his mighty strength, which he exerted in Christ when he raised him from the dead and seated him at his right hand in the heavenly realms … (Eph. 1:18-20)