Skip to content
To get the greatest benefit from this practicum, make sure you have read related training on the site. Click below to read about Christ-Like Character:
Church Leadership Basics: God’s Heart for the Church 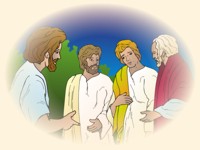 In bringing together a group of people to serve alongside of Him as His disciples, Jesus had to know there would be conflicts along the way. His group would not be unlike other groups. Some would want to be recognized over others, some would want to be in control, and some would get hurt by the words or actions of the more choleric members of the group. We can learn some lessons for Church boards, committees, or ministry teams from Jesus’ leadership.

Servant Leaders & Members of Boards, Committees, and Ministry Teams Must Lay Aside Their Rights for the Greater Good

One of the greatest demonstrations of servanthood can be seen in Jesus, “being in very nature God, did not consider equality with God something to be used to his own advantage; rather, he made himself nothing by taking the very nature of a servant, being made in human likeness. And being found in appearance as a man, he humbled himself by becoming obedient to death – even death on a cross!” (Phil. 2:6-8)

In order for leaders and members of boards, committees, and ministry teams, in their “relationships with one another” to “have the mindset as Christ Jesus” they must:

Leaders Must Teach Members of Boards, Committees, and Ministry Teams to Be Servant-Oriented

Jesus didn’t ignore the power plays but rather used them as teachable moments, gently rebuking the disciples. When the disciples were arguing about who would be greatest in the kingdom, “Jesus called them together and said, ‘You know that the rulers of the Gentiles lord it over them, and their high officials exercise authority over them. Not so with you. Instead, whoever wants to become great among you must be your servant, and whoever wants to be first must be your slave – just as the Son of Man did not come to be served, but to serve, and to give his life as a ransom for many.'” (Matt. 20:25-28)

Jesus sought to drive the point home about being a servant in a variety of ways. In one situation He placed a young child among them (Mk. 9:35-37) as an object lesson. Another time, He demonstrated servanthood by washing the disciples’ feet, something one would think a servant would do, not their Master Teacher. “When he had finished washing their feet, he put on his clothes and returned to his place. ‘Do you understand what I have done for you?’ he asked them. ‘You call me Teacher and Lord, and rightly so, for that is what I am. Now that I, your Lord and Teacher, have washed your feet, you also should wash one another’s feet. I have set you an example that you should do as I have done for you'” (Jn. 13:12-15).

Don’t assume people will automatically serve one another and seek the greater good. Even on Christian church boards, committees, and ministry teams, we could find the tendencies for people to want their own way. Some could monopolize, minimizing the contributions of other quieter members. Manipulative and political tactics could be used to sway opinions. Chairpersons could be controlling.

Let’s face it: Church boards, committees, and ministry teams are made up of fallen human beings. If being servant-oriented came naturally, the Gospels wouldn’t show Jesus speaking about it and demonstrating it as much as He did. We need to learn from both His teaching and example if we are going to be Christ-like boards, committees, and ministry teams.

You might also want to read: Church Leaders: Be a Servant